Please enable JavaScript and install Adobe Flash to use this player. 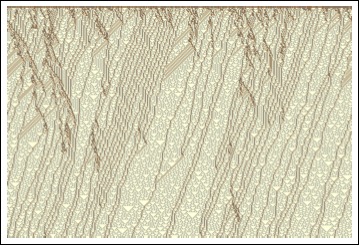 Gliding is an algorithmic piece generated in Mathematica, Wolfram Research Inc., by the 3-color Cellular Automaton 6148201356997. The evolutionary property of this CA is a uniform, repetitive background with discrete streams of irregular cell distribution, called gliders. The random initial conditions, 100 cells wide, generate gliders which increase and decrease in an unpredictable way until they eventually settle, forming cyclic behavior; repetition of a simple pattern. The electronic section comes from two simultaneous processes of settling which generate the form of the piece, as well as pitch, rhythm and register placement. The percussion part is based on improvisation, giving reference points in time and forming metric grouping. The only sustained sound in the piece, produced by a scratched cymbal, creates an additional layer, hovering over the structure of the piece as a kind of an echo of a hidden melody. 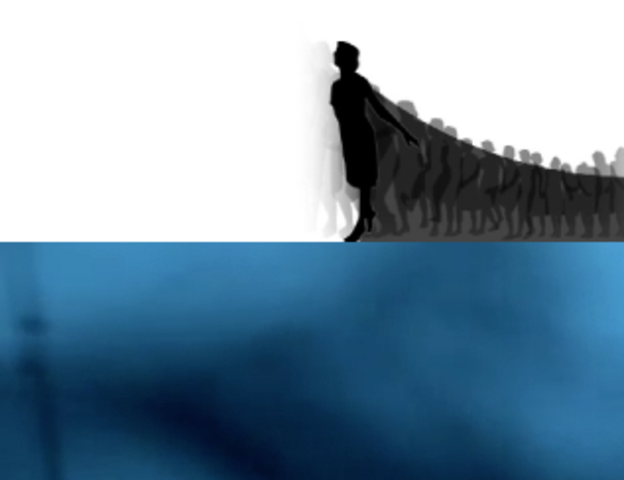 A new piece, Cracking, inspired by A New Kind of Science, has been evolving in collaboration with, Dawn Kramer, choreography, movement and Stephen Buck, video and lighting.

Cracking takes us on a journey through classes of complexity in movement, body projection and sound.

Video for this project is available on the videos page.

A new CD, Disarray, for electronics and drums, in collaboration with Peter Negroponte is in preparation. Look for the release date and promotional concerts.

I am honored to announce the release of my composition, Threads, in interpretation of the pianist Branko Pencic, on the series Identities of Serbian Music in XX-XXI Century. The series is issued by the Musicology Institute of Serbian Academy of Science and Art. Many thinks to Melita Stefanovic for making this release possible.

Thanks for stopping by! 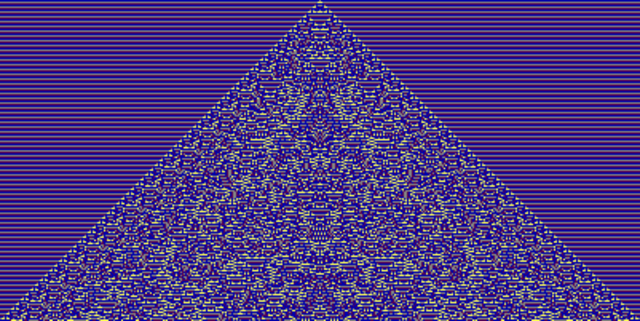 The following pieces are result of my ongoing research on mapping cellular automata to music. Generative sound is always coupled with live performance of some kind, often improvisation, to contrast and enrich the mechanical aspects of electronic part. All of the chosen cellular automata are from the book A New Kind of Science by Stephen Wolfram. Support from Wolfram Research team and Stephen Wolfram himself have been invaluable contribution to this enterprise.